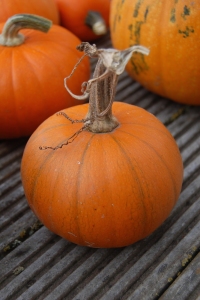 I couldn’t resist a story in verse this week…

A gardener’s life is full of shit
And compost is the best of it.
Now hear a tale of a gardener who
Rose to fame on a pile of poo.

T’was springtime when, as all do know
Young green things are apt to grow.
And Sally, your young gardener fair
Prepared the soil with skill and care.

She turned it with her spading fork.
And pulled the weeds, such heavy work.
Then went she to the compost pile.
Which had been rotting for a while.

Cow pies, weeds and chicken poo,
Mouldy hay she’d added, too.
It made a rick and crumbly mix.
The deficiencies of her soil to fix.

Into the soil her compost went.
She mixed, raked it, then she bent
And lovingly she planted seed
‘Atlantic Giant’, yes indeed.

For this year, she would beat them all
Win biggest pumpkin in the fall.
All summer she did weed and water
As though the pumpkin were her daughter.

The pumpkin grew, and grew, and grew.
Drawing nutrients from the poo.
And Sally grinned as the contest neared.
She thought of past competitors who jeered.

But this year, she would have last laugh.
She had the biggest pumpkin by half.
Fifteen hundred pounds it weighed.
A large blue ribbon on it laid.

Sally was famous, her gardening lauded.
And all the spectators loudly applauded.
And when she was asked, just what did she do,
She calmly replied, “I just fed it some poo!”