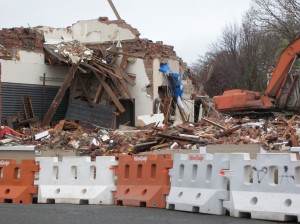 Today is the fifth anniversary of the Christchurch earthquake that killed 185 people and brought life as we knew it to a grinding halt.

It was the day my husband insisted we get cell phones.

It was the day I started posting details of my whereabouts on the fridge every morning, just in case I didn’t make it home.

Our house was fine (anything vulnerable to quakes had been destroyed by the September 2010 quake), and we watched in dismay as news of the destruction and death in town trickled out to us. We watched the rescue helicopters fly over, ferrying patients to Dunedin.

When we loaded the car with tools and food and drove to the eastern suburbs two days later to do what we could to help, we were stunned by the destruction.

Five years later, those eastern suburbs are still struggling, and life for all of us is fundamentally changed.

Do earthquakes frighten me? I don’t know if frighten is the right word, but I will admit to a surge of adrenaline with every tremor. I admit that whenever I enter a new room or building now, I immediately assess earthquake hazards, shelter, and exits. I’ve lost my love of cliffs and caves, replaced by wariness and visions of falling rocks. I still pause at the sound of a loud rumble, poised to dive under the table until it resolves into the sound of a truck.

I suppose we could leave New Zealand. We could move back to the U.S., to live on firmer ground.

But, much as I hate to admit it about my homeland, there is an ugly culture of fear in the U.S. When a presidential candidate can preach a doctrine of hatred, misogyny, and racism and gain in the polls, that feels like a betrayal. When schools are patrolled by armed guards, it is an outrage. When violence against each other is considered normal, there has been a failure of humanity and society.

Not that bad people don’t do bad things in New Zealand—there is racism, sexism, and violence here, too. But here I need not wonder who is packing heat on the street. Children walk to school. Fear of each other does not pervade life.

And so I choose earthquakes. I choose the destruction and stress, the uncertainty, and the inconvenience. And if someday the earth should shrug me off as it shifts to a more comfortable position, I’m okay with that.