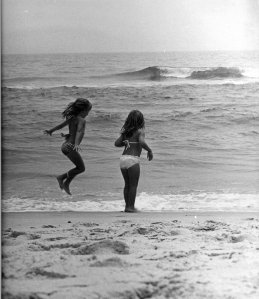 These photos were taken forty years apart. My sister and I at Barnegat in 1976, and my nieces at the same beach in 2016.

They could practically be the same girls. 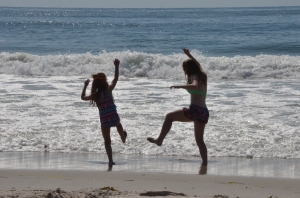 Playing in the waves with your sister. Perhaps you didn’t spend much time together at other times. Perhaps your sister was the younger, irritating type. Or perhaps she was the older, bossy type. But you went to the beach, and there, with the waves rolling in, and the sand stretching on forever, you were kindred spirits. You laughed and played stupid games with the waves and sand. You collected shells together. You built sand castles.

2 thoughts on “Some Things Never Change”