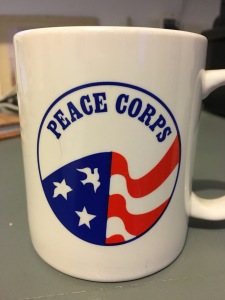 Fifty-six years ago today, John F. Kennedy introduced a new public service challenge to the American people. That challenge would become known as the Peace Corps. While it is considered a foreign aid programme, Peace Corps’ value (and, in fact, it’s stated goal) is far more than the aid it provides to people in developing countries.

We need the Peace Corps as much today as we did fifty-six years ago. Perhaps more.

Twenty-four years ago, my husband and I, newly married, took up Kennedy’s challenge, becoming Peace Corps Volunteers in the Republic of Panama.

Those two years of service remain a defining time of our lives.

We left our homes and families in order to serve—to give of ourselves. In the end, we received far more than we could ever have given.

We watched our actions empower young farmers to become leaders, and they in turn empowered us. Together, we made a difference in our little corner of the world. Together, we learned that the colour of our skin, the language of our birth, our education, and the luxuries we either have or have not don’t matter. We are all alike inside, and it is the qualities of our hearts that matter.

If we give ourselves to the world, the world will give back and make us better. I entered Peace Corps as an American citizen, I left as a citizen of the world.

One thought on “Peace Corps”