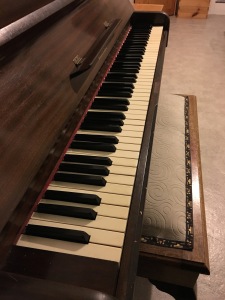 My children’s school held a showcase concert last night featuring the best of the music department.

The performances ranged from classical to jazz to swing to folk music to rock to heavy metal. Some pieces were by famous composers, others were written by the students themselves. Students dressed for their performances in clothes ranging from torn jeans and t-shirts to suits and ties and floor-length gowns.

How different from my own high school’s showcase concerts, filled with little beyond classical and religious music, with the odd show-tune thrown in. I distinctly remember the shock in the auditorium once when a group of students not sanctioned by the school showed up and played rock-n-roll.

My kids enjoy diverse music. Though they both play instruments, neither of them is likely to go on to become a professional musician. Still, I’m thrilled their school encourages students to explore their own music, and recognises that musical skill can be demonstrated in an ear-splitting heavy metal guitar riff just as effectively as in an operetta.