As usual, I spent most of the long Labour Day weekend in the vegetable garden. I weeded, prepared garden beds, and planted my cucurbits in trays.

But as they say, all work and no play … I didn’t want to spend the whole holiday weekend sweating in the garden.

So on Monday my husband and I went to Hakatere Conservation Park and sweated on Mount Guy instead.

The Ashburton Lakes region is a glacially formed landscape dotted with lakes and tarns. The land around the wetlands is largely tussock grassland studded with spiny matagauri bushes. An unforgiving, windswept landscape that can feel downright bleak.

That was my impression the first time I visited. Fifteen years ago, I was hired to develop an interpretation plan for what was then a proposed park only. I had the great fortune to tour the area with a Department of Conservation ranger who had worked in the area for decades and had a great love of the landscape. He showed me the little things—not necessarily obvious at first—that set the region apart. Rare insects (including an aquatic moth!), waterfowl and lizards. Unique and diverse plants. Historical use of the land, and massive changes over geologic time. There’s a lot more than meets the eye.

On Monday, we were treated to a glorious day—sunny and calm at first, with a brisk breeze kicking in just when the day began to feel too warm. We parked at Lake Clearwater and hiked the track to the summit of Mount Guy. On our return, we followed the tussocky ridge down to a saddle where we picked up Te Araroa, following the track back to the edge of Lake Clearwater where we completed our large, loopy circuit of the lake.

The hike afforded stunning views of jagged, snow-capped peaks, and a view of Mount Sunday down in the river valley.

Oddly, out of all the “mountains” in the park, Mount Sunday may be the most famous. The hill was used as the location for Edoras in the Lord of the Rings movies. In the enormity of the surrounding landscape, however, it is an insignificant lump of rock.

Perhaps, like the hidden insects, birds, and plants, it is the little details that are the interesting bits.

When I was writing my Dragon Defence League series books, I delighted in placing my characters in some of my favourite places in New Zealand—the mountains of Fiordland, Kahurangi National Park, Waimangu Volcanic Valley, and many others.

But New Zealand’s landscapes infuse my latest book, Fatecarver, even though it is set in a purely fantasy world.

While I was writing Fatecarver, I kept imagining specific places in New Zealand. I sat on a peak near Arthur’s Pass and imagined my characters there. I scribbled down descriptions of real views, storms, trees, and hikes to use in the book.

I took the New Zealand landscapes and mixed and mingled them with favourite places in the United States, Panama, Peru and Bolivia until the Fatecarver world included elements of a lifetime of adventures.

Many of my fellow authors are adventurers like me. We take inspiration for our writing from dramatic landscapes and other settings we’ve experienced. The landscape becomes a character in its own right, thwarting other characters’ plans, throwing up challenges, or providing aid at a critical moment. Just like real landscapes do.

Natural landscapes play a huge role in my own real life adventures—it’s only natural to include them in my fictional ones.

I find myself pacing the living room floor, gazing out the window at the swirling snow.

My daughter is snowed into a cabin in the mountains. Porter’s Pass is closed and I cannot reach her by any means. I cannot supply her with the food I know she does not have for the 24-48 hours it will be until she can escape.

She is with friends. I know the cabin they’ve holed up in—it is warm and dry. There is water and even electricity.

She’s probably having a blast. No doubt they’ve pooled their food and are concocting some strange dinner tonight from instant soup packets and half a package of pasta of unknown provenance and indeterminate age left in the cabin by a previous inhabitant. It won’t be enough, but they’ll make do.

I know this because I remember my own adventures as a young adult. A day of hiking fuelled only by a pair of bananas purchased from a family in a small mountain village. A trek across the isthmus of Panama that involved an ill fated bus, hitching a ride in the back of a pickup, sleeping on the concrete floor of the police station in an unknown village, hiring a villager and his canoe, and begging meals and accomodation in another unknown village. Cowering in a tent as tornadoes ripped through the forest nearby. Carrying a chicken to a friend, on foot, three hours distant. … The list is long.

Every one of those adventures involved hardship—hunger, exhaustion, fear, danger. My mother would have freaked out had she known what I was doing.

Just as part of me wants to freak out right now.

But I know what those adventures did for me as a young adult. I can’t imagine having not had them. They’ve woven their way into the fabric that is me today. They are who I am.

My husband and I have taught our children how to prepare for adventure, how to be safe, how to face the inevitable difficulties, how to enjoy the hardships. The most important thing we can do now is trust that we’ve taught them well, and keep our own worries to ourselves so they don’t dim our children’s sense of adventure.

So I will pace the room, but never tell her I did so. I can’t wait to hear all about her adventure when she returns. 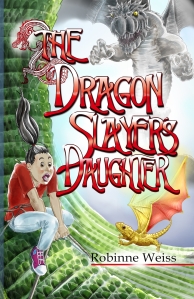 I’m thrilled to be able to reveal the cover of The Dragon Slayer’s Daughter.

There’s never a dull moment when you’re dealing with dragons.

Tui, Nathan, Ella and Oliver have saved Nathan’s dad. Now they need to save the dragons. Can they convince dragons and humans to work together? Not everyone is happy with their plans, and some are willing to kill to prevent them from succeeding. 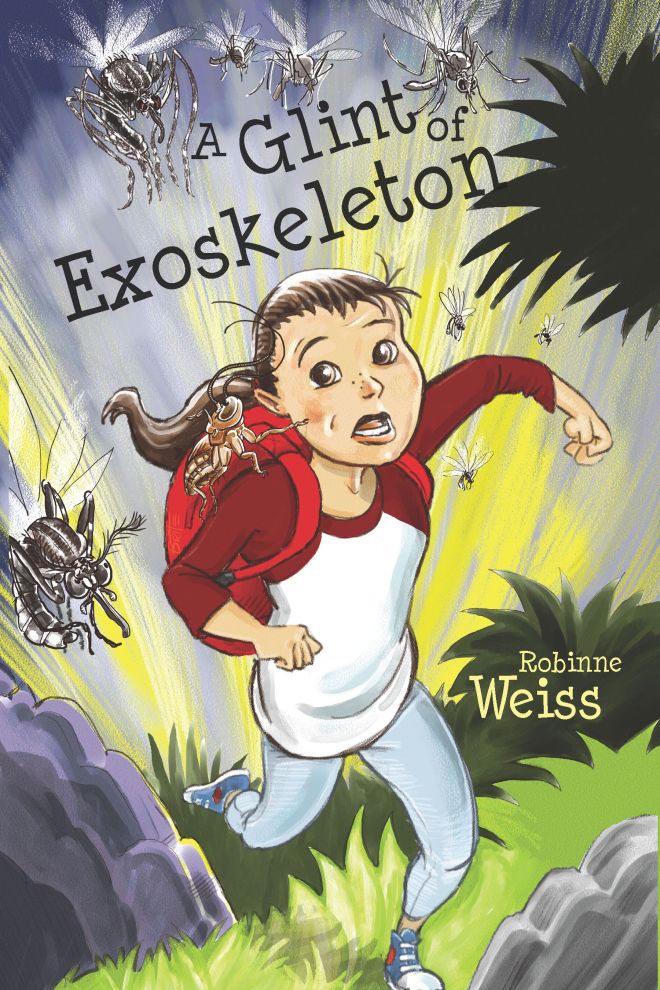