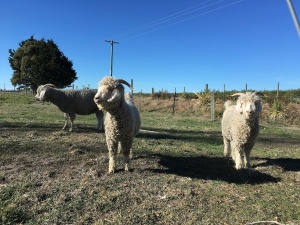 It’s been over a week since we got the new angora goats, and I was beginning to stress because we still hadn’t named them. At lunch today, we talked over the options, and nothing seemed quite right.

Athos, Porthos, and Aramis (the three musketeers)? Too hard to remember.

Larry, Mo, and Curly (the three stooges)? Too dumb.

Well, we named all our dairy goats after goddesses, perhaps the wethers should be named after gods? But their behaviour isn’t godlike, and who can imagine a castrated god?

Bumble, Fagan, and The Artful Dodger? No.

So we sent my daughter out to the paddock to ask the goats what their names were.

She came back saying the goats were giving confusing answers. She said that they claimed their names were Dennis, Darwin, and Dale.

That was it! Scientists!

So out in the paddock there now graze Darwin, 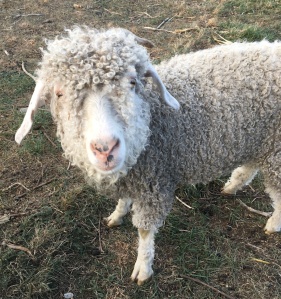 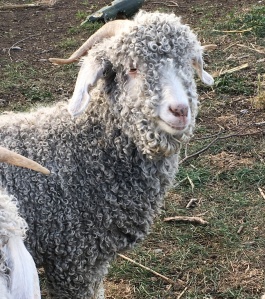